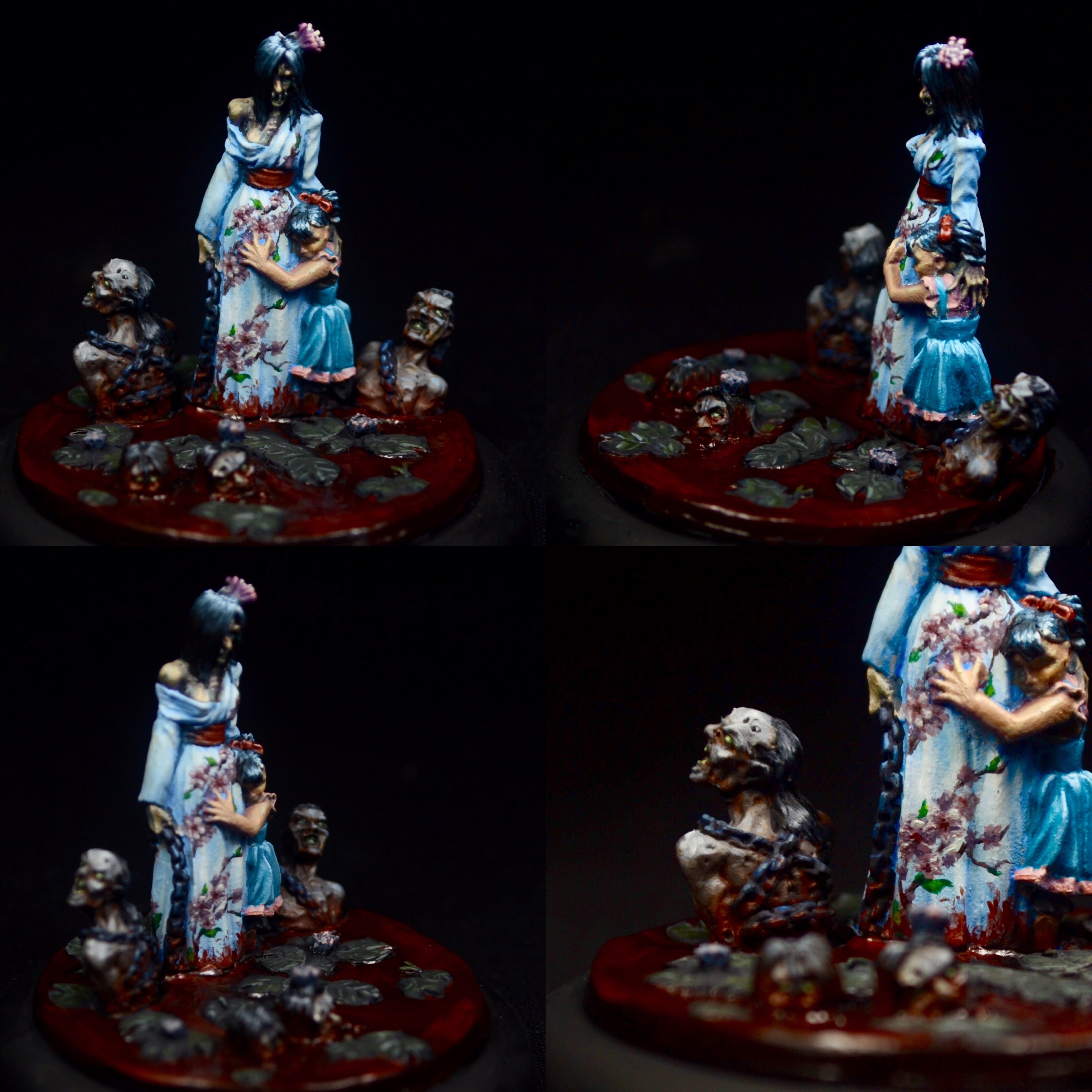 The concept of this painting was based on Adolf Hiremy-Hirschl's 'Souls on the Banks of the Acheron' where there is a vivid contrast between Hermes' godliness and the frail mortality of the dead souls. I tried to draw a similarly huge contrast between Jaakuna Ubume with the souls she drowned: her dolce, bright tunic in a dark, hellish environment.