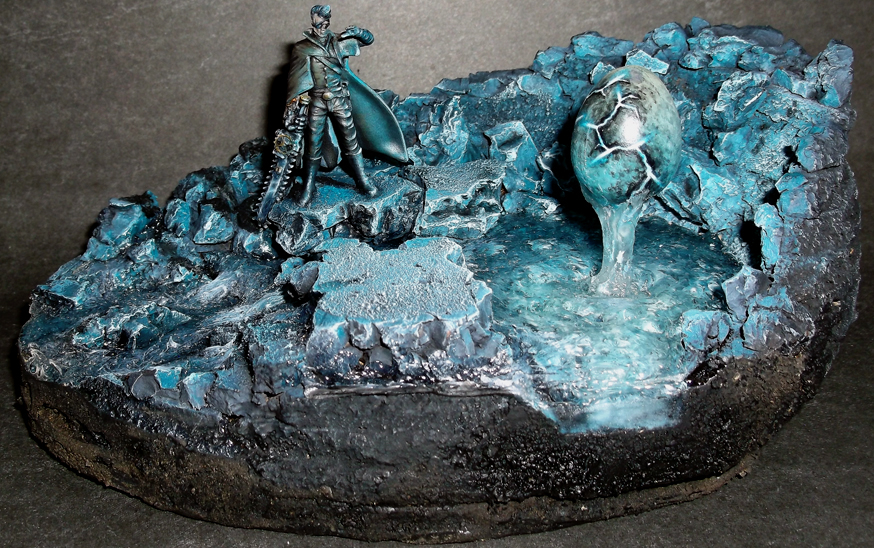 I used air brush, freehand, water effects and more! This project had a lot of firsts for me, I'm really pleased with how it came out. I had so much fun painting in the light emitting from the egg and the sharp shadows on his coat and on the rocks behind him.