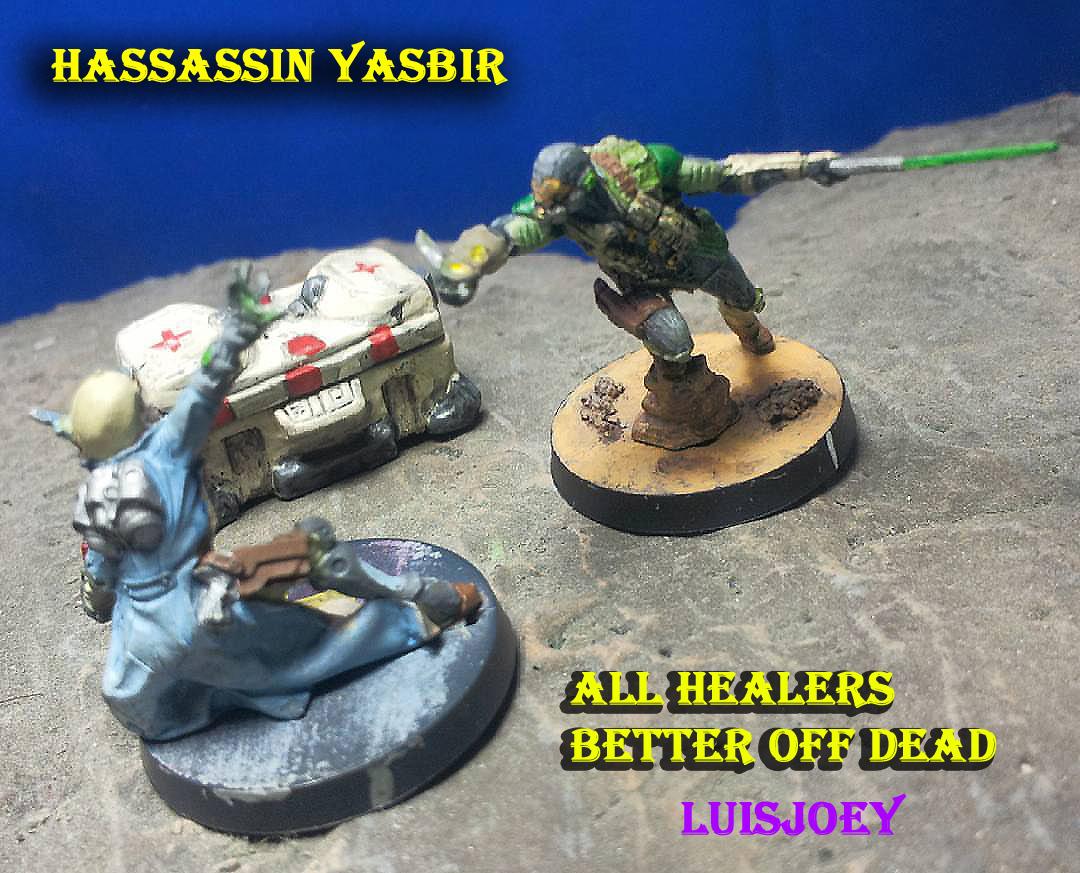 Hassassin Yasbir it´s an assassin of elite from the Hassassin Bahrain, has several years in duty doing the alah will to the enemies of the Haqqislam and following the commands of the Wise Old Men of the Mountain... so effective infiltrating and killing enemies that there is a legend upon him to be the very same WISE OLD MEN OF THE MOUNTAIN itself.

For an hassassin the vulnerabilities of the foe are gold, so healers and medics are center of many strategies since they keep alive their troops, striking there is striking at the Very Heart of the enemy.

The Hassassin Creed says "One stab to the heart to destroy the body, and one stab to the neck destroying the cube.... the very soul"

Cube is a kind of chip in the head used to store your info and your quantronic personality/soul for later resurrection thru Clones, Hassassin knows how to utterly destroy you.