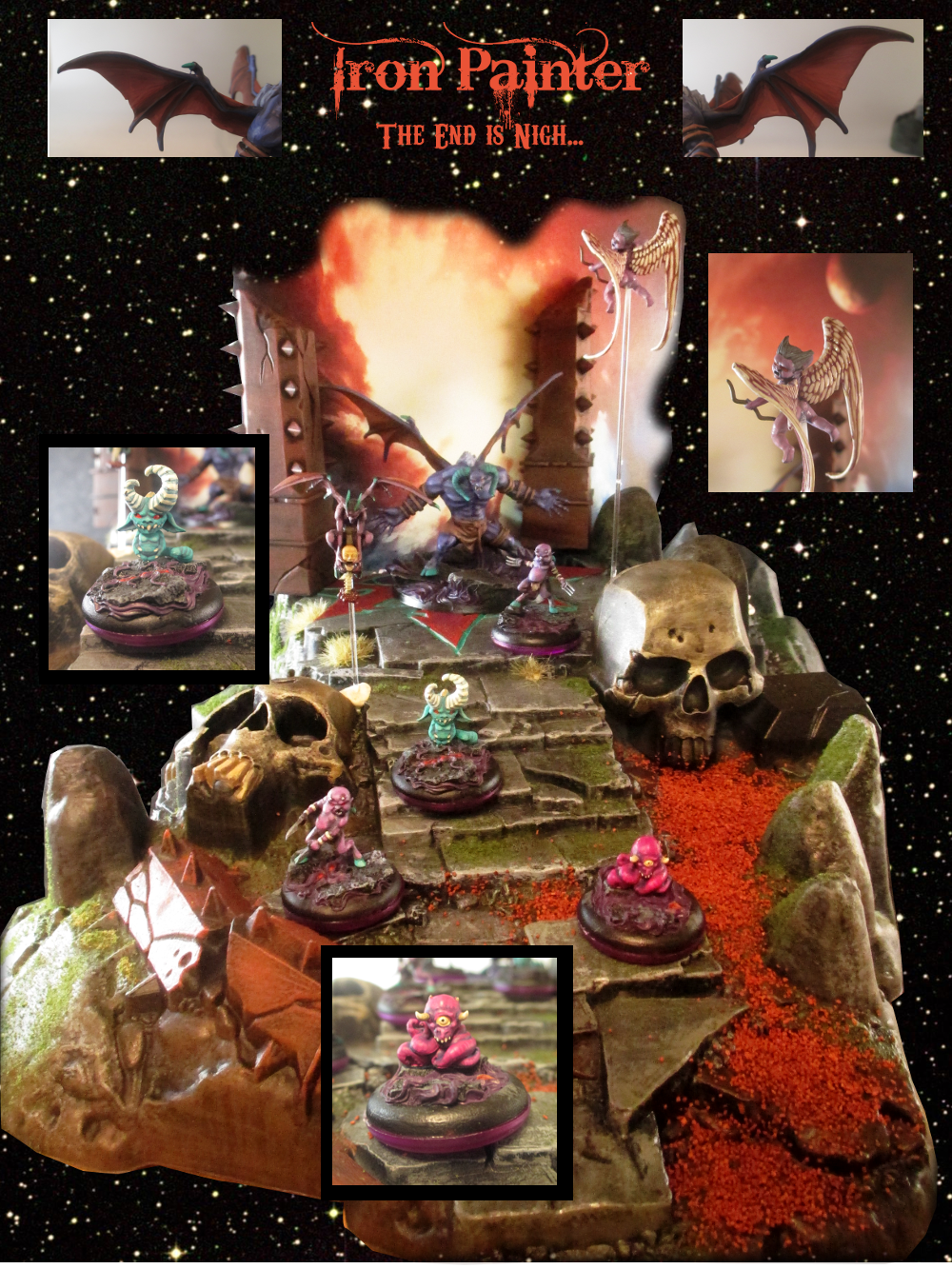 The End Is Nigh

The Nephilim were in the earth in those days, and also after that, when the sons of God came in unto the daughters of men, and they bore children to them; the same were the mighty men that were of old, the men of renown.

And the fifth angel sounded, and I saw a star fall from heaven unto the earth: and to him was given the key of the bottomless pit.

2 And he opened the bottomless pit; and there arose a smoke out of the pit, as the smoke of a great furnace; and the sun and the air were darkened by reason of the smoke of the pit.

3 And there came out of the smoke locusts upon the earth: and unto them was given power, as the scorpions of the earth have power.

The Nephilim were the offspring of Fallen Angels that came to earth and had offspring with human women. It's is theorized they are the reason for the great flood. But where does the spirit of something born of angels go when it is killed? Some theorize, they went to Hell and that is where Demons come from. It is also theorized that when the key to the bottomless pit is opened, the Nephilim (Locusts) will return.

The rabbit hole goes even deeper when you do some research and you find out that CERN (the largest particle accelerator located in Swizterland) appears to be trying to open this very doorway. A top guy at CERN has even been quoted as saying "...that the titanic machine may possibly create or discover previously unimagined scientific phenomena, or "unknown unknowns" - for instance "an extra dimension".

"Out of this door might come something, or we might send something through it," said Sergio Bertolucci, who is Director for Research and Scientific Computing at CERN, briefing reporters including the Reg at CERN HQ earlier this week.

If you want to know more, do some research on youtube about CERN opening portals