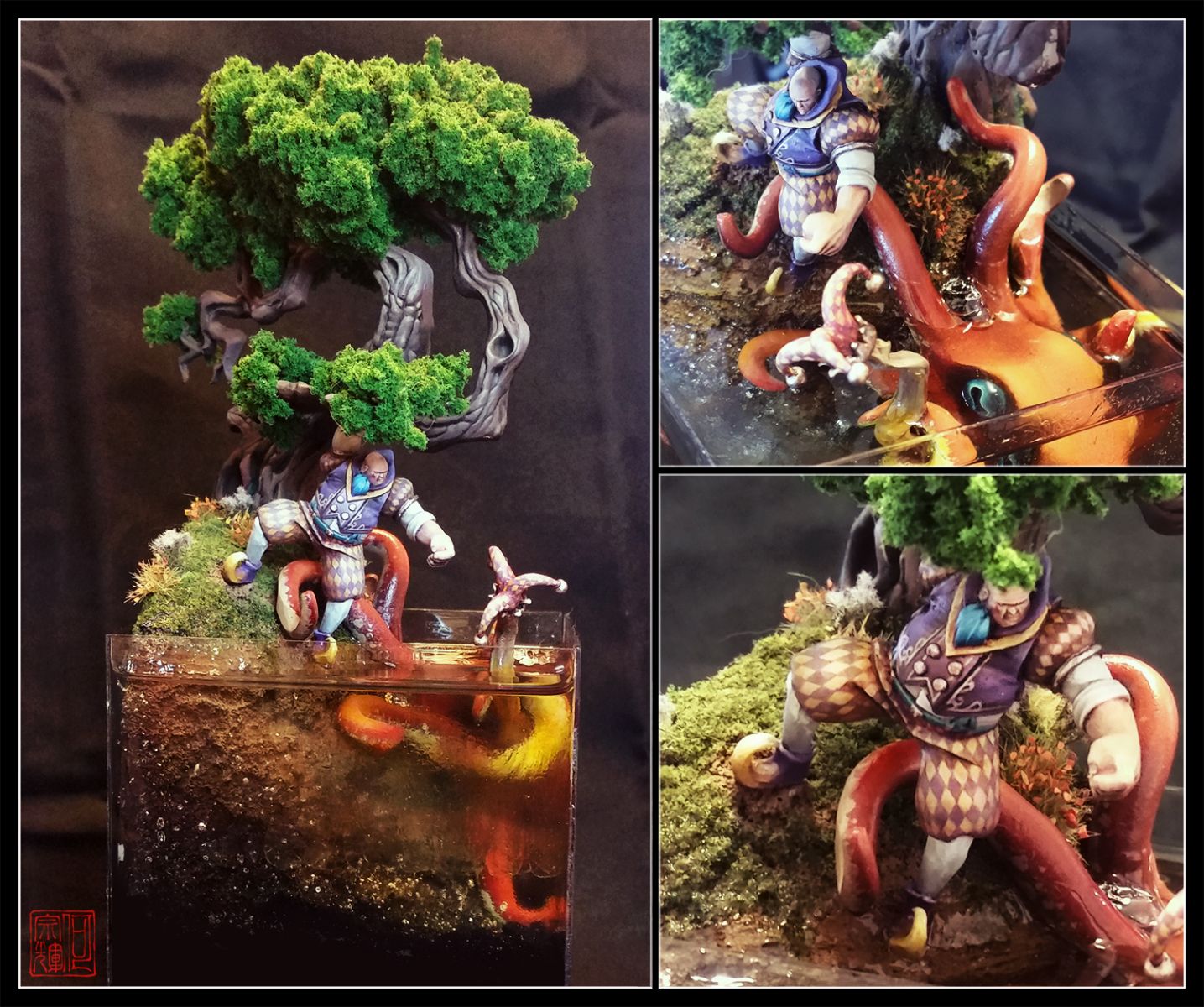 A crown of gold for the King of Fools!

A crown of gold for the King of Fools!

The King of Fools, resplendent in his royal panoply, reaches for the mark of his position. His crown of gold, shining on his head, will mark him as one of power and authority, as all other fools abase themselves before him. Oblivious of the danger lurking, he reaches...and reaches...

This was a very challenging piece for me, with a lot of experimentation that yielded mixed results. The Jester is based off of Wyrd's Mr. Graves, but heavily converted (repositioned and a lot of green stuff work). The tree is from a Games Workshop scenery kit, and the rest is hand-sculpted with clay and Sculpey (a first).

All was going well until earlier this week when I attempted to use a heat-based water resin from Woodland Scenics. That exploded all over the piece and I had to fix the issues and figure something else out for the water. Ended up going with a two-part epoxy resin from Michaels that decided to keep leaking everywhere, and even now is still a mess (and still curing, hence why the plastic sheets are still on the side, assuming I can even remove them when they're cured).

And then apparently when I moved to Las Vegas, I didn't pack the macro lense for my DSLR camera (all I have is a telescopic long-range lense), which means I had to use my potato phone, so the picture quality suffered.

I almost threw in the towel several times this week, but it's done. Learned a lot. That's what I get for attempting so monumentally ambitious for a 2 week time frame.

Photo Information for A crown of gold for the King of Fools!